Growth slowed sharply in 2019, in a context of high uncertainty related to the terms of Brexit. Faced with the impossibility of obtaining parliamentary approval for her agreement, Prime Minister Theresa May resigned in early June after having twice postponed the date of the United Kingdom's exit from the European Union (EU), initially scheduled for the end of March 2019. Her replacement, Boris Johnson, has not ruled out the possibility of a “no deal” exit on October 31, 2019. However, since Parliament voted largely against a no deal Brexit last March, Mr Johnson could face a parliamentary rebellion – not only from the Labour opposition but also within his Conservatives party itself. The outcome of a vote of no confidence by Parliament – a few days before a potential no deal Brexit – would be particularly uncertain and could lead to the government’s collapse.
This persistent uncertainty continues to weigh on business investment, which was already penalized in 2018 (-1.3%). As a result, business investment in equipment and construction will remain weak, while the cost of credit remains limited due to the Bank of England's prudent monetary policy (key interest rate unchanged at 0.75% since August 2018). Household consumption is slowing down due to less dynamic job creation and low household confidence. Households seem set to begin restoring their savings, after having significantly reduced them in recent years (4.4% of disposable income at the end of March 2019 compared with 9.4% in 2015). Nevertheless, the slowdown in consumption is expected to remain moderate as, at the beginning of April, households benefited from a 4.9% increase in the minimum wage, affecting almost 10% of employees, and from an increase in the income tax exemption threshold (+5.5% to GBP 12,500 per year). The fiscal policy will remain accommodative throughout the year (effect on growth estimated at +0.3 percentage point of GDP). In addition, exports will remain resilient despite the slowdown in the main partners (eurozone, China, United States). Nonetheless, as imports rebounded sharply due to fears of shortages in the event of a no deal Brexit, foreign trade will weigh on growth. The automotive sector remains among the most affected: production fell by 20% in the first five months of the year, both for the domestic market (-17%) and for exports (-21%). In addition to Brexit-related uncertainty, the sector must also deal with difficulties specific to the European market (e.g. slowdown in demand, new environmental standards).

A 2019 budget to support growth

The 2019 budget, which was only approved in the first quarter of the year, is synonymous with a less restrictive fiscal policy to support activity. The new measures foresee an increase in spending of GBP 10.9 billion (0.5% of GDP), with two-thirds allocated to the NHS and the rest to education, social assistance and defence. On the revenue side, the two main measures are the increase in the threshold for the highest and lowest income tax brackets (estimated cost GBP 2,8 billion, 0.1 % of GDP) and the freezing of taxes on fuel and alcoholic beverages (GBP 1 billion). As a result, the government deficit is expected to increase again, but will remain well below 3%, and so public debt will continue to decline.
The current account balance, which is largely in deficit, has so far continued to deteriorate in 2019, in line with the widening goods balance deficit. This latter is not offset by the balance of services, which is largely in surplus. The improvement in the current account balance is therefore driven by the contraction in the income account deficit linked to the increase in investment income abroad. Despite the uncertainties associated with Brexit, the country continues to easily finance its large current account deficit through investment flows.

A power struggle between the EU and Prime Minister Johnson?

Prime Minister Theresa May – who had been dependent since the June 2017 elections on a fragile alliance between her Conservative Party and the Union Democratic Party (DUP), a Protestant Conservative party in Northern Ireland – resigned on June 7, 2019. Her former Foreign Secretary, Boris Johnson, won the Conservative Party leadership contest at the end of July, subsequently becoming Prime Minister. During the campaign, Boris Johnson pledged to renegotiate the Brexit agreement negotiated between the EU and Mrs May, which was rejected three times by Parliament. With the EU declaring negotiations to be closed, Mr Johnson will be forced to engage in a test of strength, which could lead to a no-deal Brexit on October 31. However, as Parliament rejected a no-deal Brexit last March (160 in favour, 400 against – including 94 Conservative MPs), such a strategy could lead to the collapse of the government and new general elections, the outcome of which would be uncertain. While the Brexit party (32% of the votes) was the overall winner of the May 2019 European elections, the cumulative votes of parties that were in favour of a second referendum (Liberal Democrats, Greens, SNP, Change UK, Plaid Cymru – 38%) were higher than those supporting a no deal, “hard” Brexit (Brexit Party, Ukip - 35%). 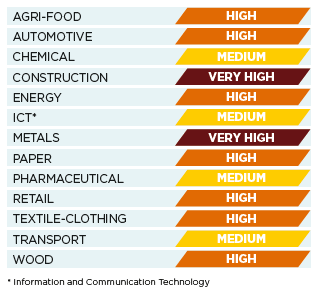 Cheques are frequently used for domestic and international commercial payments, although bills of exchange and letters of credit are preferred for international transactions. Bank transfers – particularly SWIFT transfers − are also often used and are viewed as a fast and reliable method of payment. Direct Debits and Standing orders are also recognised as practical solutions for making regular or anticipated payments and are particularly widely used in domestic transactions. It is acceptable to issue invoices both before and after the supply of goods or services.

The debt collection process usually begins with the debtor being sent a demand for payment, followed by a series of further written correspondence, telephone calls and (if the value of the debt permits), personal visits and debtor meetings. The collection process has been designed as a progression of stages, beginning with an amicable (pre-legal) collection phase and escalating up to litigation, should the debtor fail to meet his obligations.

The County Court only has civil jurisdiction. Judges handle claims for debt collection, personal injury, breach of contract concerning goods or property, land recovery and family issues (such as divorce and adoption). Cases valued at less than GBP 25,000 (or under GBP 50,000 for personal injury cases) must have their first hearing in the county court.

The High Court is based in London, but also has provincial districts known as “District Registries” all over England and Wales. It has three divisions: the Queen’s Bench Division, the Chancery Division, and the Family Division.

The Court of Appeal has two divisions – the Civil Division and the Criminal Division.

The Supreme Court is composed of a president, a deputy president, and twelve professional justices.

A copy of this statement is served on the opponent seven days before the summary judgment hearing. The opponent also has the opportunity of presenting a statement, but this must be sent no later than three days before the hearing. The claimant cannot apply for summary judgment until the debtor has either returned an acknowledgment of service form, or has filed a defence. If the court agrees with the claimant, it will return a favourable judgment. The application will be dismissed if the court does not agree with theclaimant.

There are now identical procedures and jurisdictions for the County Court and the High Court. A number of litigation “tracks” have been created, each with their own procedural timetables. Claims are allocated to a track by a procedural judge, according to their monetary value. There are transaction processes that need to be followed before initiating a court action. These processes have been designed to encourage the parties concerned to settle disputes without the need for court proceedings, thus minimising costs and courttime.

Proceedings formally commence when the claimant (formerly “the plaintiff”) files a Claim Form with the County Court or the High Court. Full details of the complaint are set out in the Particulars of Claim, which is usually a separate document which supports the Claim Form. The Claim Form must be served on the defendant by the court, or by the claimant. The defendant can then respond to the claim form within 14 days of service. A time extension of 28 days is agreed for the debtor to file a defence and/or a counter-claim. Once these formal documents have been exchanged, the court orders both parties to complete an “Allocation Questionnaire”.

A freezing order (or freezing injunction) is a special interim order which prevents the defendant from disposing of assets or removing them from the country. One of the conditions attached to the granting of such an order is often that the applicant will pay full costs to the person against whom it was made, if it turns out to be inappropriate. A typical commercial dispute can take 18-24 months to reach a judgment, starting from the time legal action is first initiated.

A number of enforcement mechanisms are available. These include the Warrant of Execution (which allows a County Court Bailiff to request payment from the debtor) and the Writ of Fieri Facias for debts exceeding GBP 600, under which a High Court Enforcement Officer can make a levy on goods to the equivalent value of the judgment debt (for subsequent sale at auction and offsetting against the amount due).

As a member of the European Union, the UK has adopted several enforcement mechanisms for decisions rendered in other EU countries. These include EU payment orders which are directly enforceable in domestic courts and the European Enforcement Order, for undisputed claims. Judgments issued in non-EU countries are recognised and enforced if the issuing country has an agreement with the UK. If no such agreement is in place, an exequatur procedure is provided by English Private International Law.

Administration is intended as a rescue mechanism which enables companies (wherever possible) to continue with their business operations. The procedure is initiated either by applying to the court for an administration order, or by filing papers with the court documenting the out-of-court appointment of an administrator.

The CVA is an informal but binding agreement, between a company and its unsecured creditors, in which the company’s debts are renegotiated. It can be used to avoid or support other insolvency procedures, such as administration or liquidation. It provides for a restructuring plan which imposes the support of dissenting creditors.

The Creditor’s Scheme of Arrangement is a court-approved compromise or arrangement, between a corporate debtor and all classes of its creditors, for the reorganisation or rescheduling of its debts. It is not an insolvency procedure and does not include a moratorium on creditor action. It can, however, be implemented in conjunction with formal insolvency proceedings, (administration or liquidation). It can also be implemented on a standalone basis by the debtor company itself. 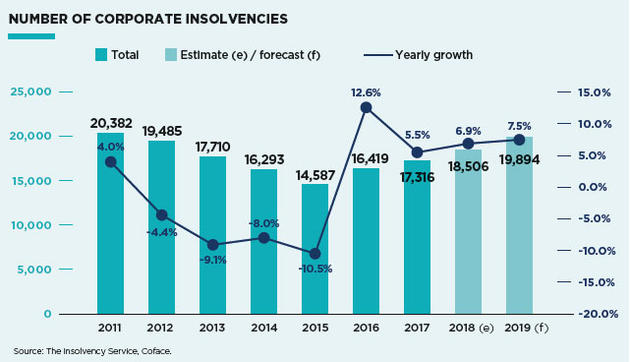