Coface’s annual survey on Asia-Pacific region questioned 2,695 companies in 8 economies. 70% of the companies surveyed experienced overdue in 2014 - the highest level in 3 years. In addition, 37% of the respondents reported that overdue amounts increased in 2014, up by 2% compared with the previous year. Companies in China, India, Hong Kong and Thailand are particularly affected.

Although the region’s general overdue situation deteriorated, a marked improvement on all indicators was witnessed in Australia (i.e. occurrence of overdues, length of average overdue and potential liquidity issues related to ultra-long overdues exceeding 180 days). Taiwan and Singapore also experienced improved payments in 2014, in terms of length of average overdue and weight of ultra-long overdues. In Japan, although more overdues and longer overdue periods were reported by companies in 2014, the weight of ultra-long overdues remained the lowest among countries in the region, while insolvencies and business closures also remained at low levels. 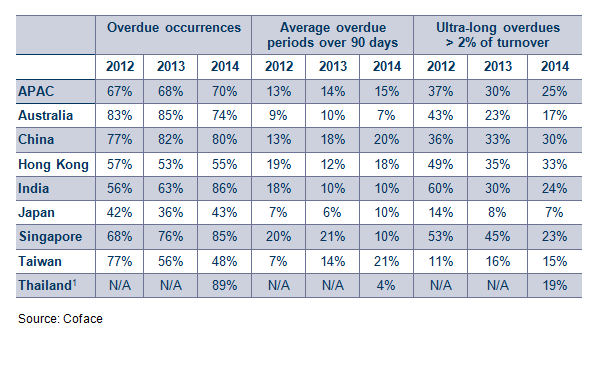 “While Australia’s corporate payment experience continues to improve, its economy still faces some headwinds. As Australia’s exports will be hurt by the less dynamic Chinese economy, more support is needed to boost the country’s domestic demand. With its entry into the Asian Infrastructure Investment Bank (AIIB), Australia could see a revival in the demand for natural resources, which would be beneficial to this resource-rich country,”said Rocky Tung, Coface Economist for the Asia-Pacific Region.

In Hong Kong, overdues became more common and longer in terms of days. Going forward, the highly expensive property market and the downwards pressure on Hong Kong’s retail market (resulting from less dynamic growth in tourism) may lead to headwinds for the economy.

“The strength of the Hong Kong dollar makes the city less appealing as a travel destination. The recent anti-parallel trader activities, coupled with the once-per-week limit set by Mainland authorities to restrict visits by Shenzhen residents to Hong Kong, mean that tourism-related industries will be the first to feel the impact, while department store owners and operators will also be negatively affected. Businesses in the city may face the surprise of negative demand in the near-term,” saidRocky Tung.

In India, overdue situations became more common in 2014. Coface underwriters reported that corporate overdue payments in India deteriorated in 2014, with huge increases in overdues from companies across all sectors, headlined by companies directly or indirectly related to the construction industry (such as infrastructure). Partnership and proprietary owned companies were the most severely affected.

Thailand’s business environment was weak in 2014, as shown by the number of companies that were dissolved. This means that corporate payment risks are high in Thailand. The trend is mainly led by the economic slowdown which suffered a sharp downturn when protracted domestic political turmoil affected growth momentum in the first half of the year. We noted a marked deterioration in payment experience in 2014, particularly for sectors related to household electric/electronic appliances, chemicals, building materials and steel. 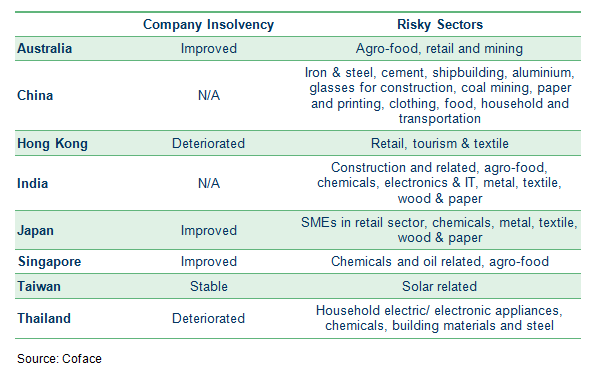 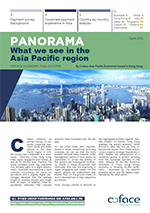